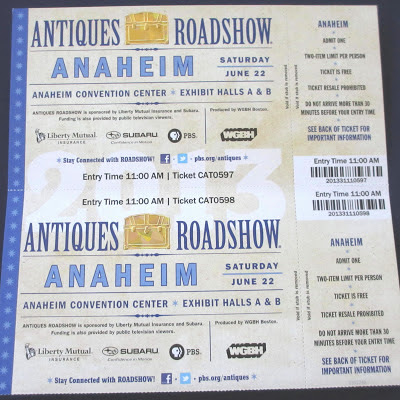 These are my tickets that I won in a drawing (of 3000) out of
over 24,000 entries to get in free with two items to be
appraised. I took my friend Judi and we had a ball. 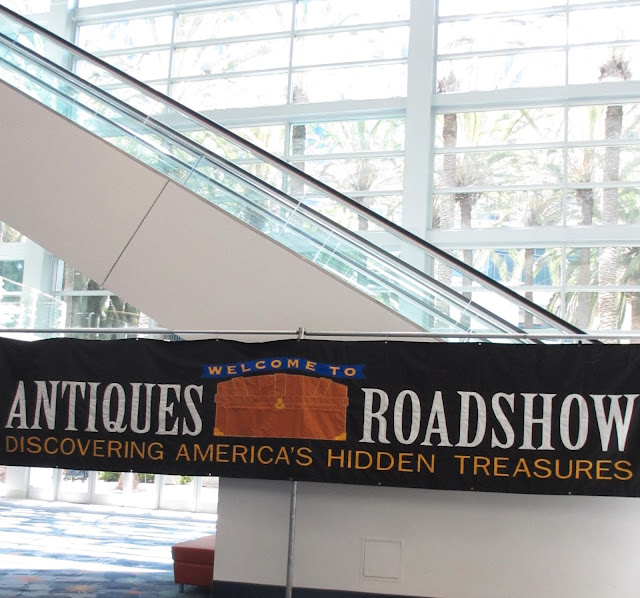 Inside Anaheim Convention Center.
Photos were not allowed while inside with
the appraisers. 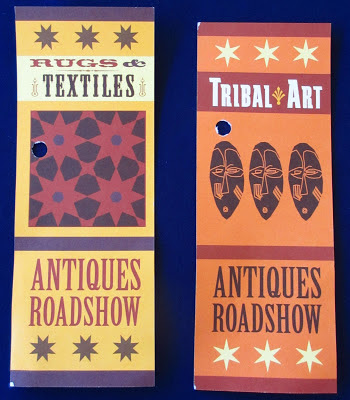 These are the tickets that I was given for each item I had
appraised. These allowed me to stand in line for
an appraiser. 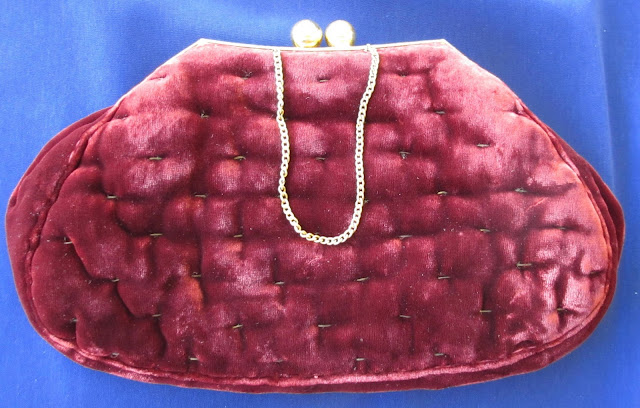 I took this vintage silk velvet clutch from the 1930's. My appraiser
put an estimate worth of $100 on it. 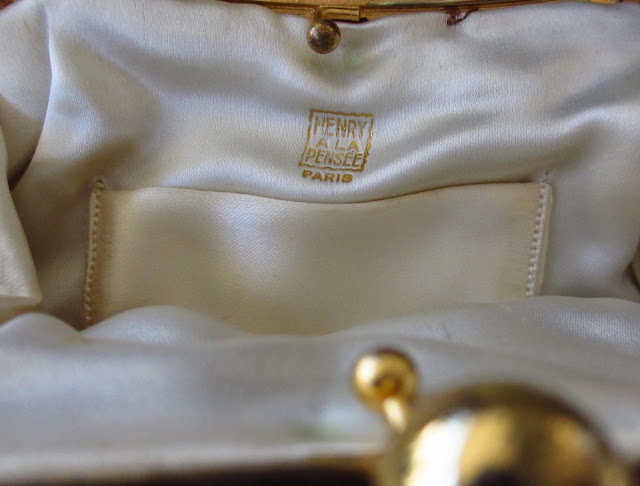 This is the inside of the clutch showing the label.
My appraiser was not familiar with the label.
I think the dollar amount was a guess. 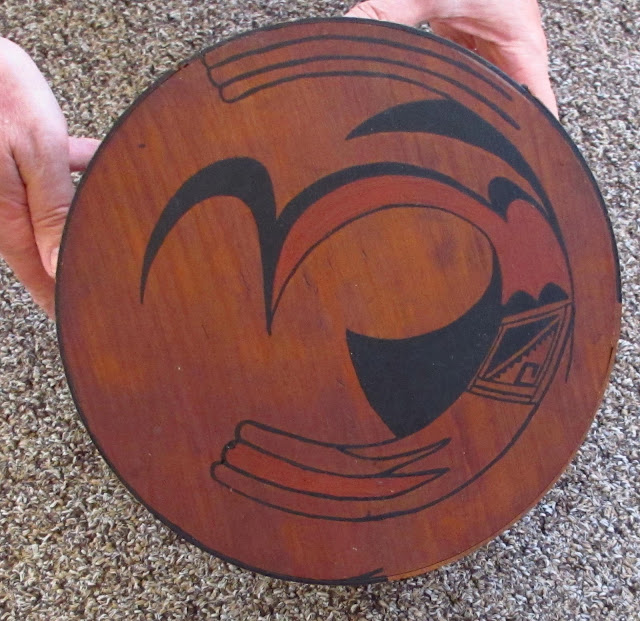 I took this Hopi drawing on a shaker box of a parrot wing (This information
from the appraiser). I was, also,  told by my appraiser
that this was something the Hopi's were given to paint on, to sell to the tourists and
then when I was leaving she said, "Or a boy scout could have done it." (I supposed
she meant he would have done it to earn his Indian badge.) She said it had little
or no value. Nothing we took to the Roadshow was filmed. I was given the clutch
and the box when my aunt passed away. I always wondered what the story of the
box was. I guess, I will still be wondering. 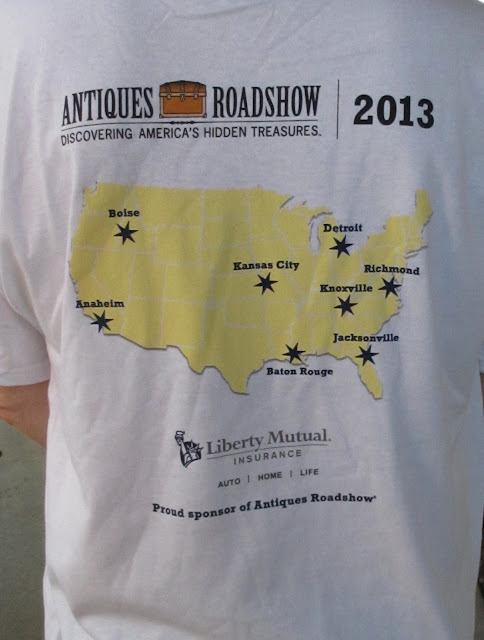 This is the t-shirt I won in a raffle as I was leaving the Roadshow.
The Anaheim episode won't air on PBS until the new season starts in January
of 2014.

I'm linking with Oh, The PLACES I've Been

How fun - too bad you didn't have unknown treasure :-)

congratulations on winning the tickets!
sounds like fun.
x

Congrats on winning the tickets. Too bad the appraisals were a bit of bust. That evening bag looks spectacular - regardless of it's paper worth, it looks like a treasure to me!

Great to have you be a part of "Oh the PLACES I've been!". Hope to see you next week!

NOw what happened to me here....I always get your blog posts via email, but I never got this one, or even the previous one! AH! Well I hope this new system with bloglovin' works out! Thank you for visiting, Susan! Anita

I love the vintage clutch. Looks like it's in perfect condition and I wonder if you take it out with you for special events?

Well how fun! I bet you saw some great stuff. That's a very chic clutch of yours, and in beautiful condition too. I love elegant little things like that.

At least you won a few things and I do really love that clutch. The stories it could tell.
Carolyn 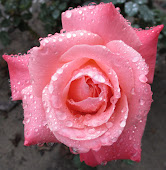 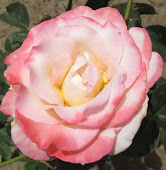